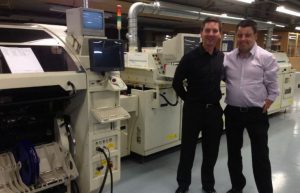 A company that aims to transform information and communications technology (ICT) around the world has selected a former Remploy factory as its UK manufacturing partner.

Extreme Low Energy (ELE) has chosen Bolton-based Ability Tec to develop prototypes for the electronic circuit boards to be used in its suite of products.

It is the latest success story for Ability Tec, which was created as a social enterprise by businessman Oli Randell following the closure of the old Remploy factory in Manchester Road in 2012.

The enterprise is dedicated to employing a 75 per cent disabled workforce with all profits going back into the business or to its eight-strong workforce.

The Merseyside company manufactures low-energy and low-carbon IT infrastructure. Its patent-pending products use direct and stored power obtained from a range of renewable sources, allowing customers to operate IT equipment away from traditional electricity grids.

The company, which was founded in 2014 by Mark Buchanan, is already working with a number of schools, colleges and universities in the UK and expects to sign its first contract in Africa in the next month.

Mark said: “I was introduced to Ability Tec through a contact and I was immediately impressed by their technical and commercial capability.

“The design, technical specification and functionality of the electronic circuit boards is critical to all of our products. A lot of companies might have got this work done overseas, but we were determined to find the right UK manufacturer to become our partner.

“The starting point is the work on the prototypes, but another important consideration was the capability of Ability Tec to quickly scale up production as required.

“We also liked the fact that we are able to work with a social enterprise that is making such a difference in the North West, but we would not have chosen Ability had their capabilities as a contract electronics manufacturer not been of the highest standard.”

Nigel Sarbutts, Ability Tec’s Marketing Director, said: “We are delighted to have been selected by ELE as its manufacturing partner in the UK. They are an exciting, innovative business with potential for rapid growth.

“In addition to our work with ELE, we have numerous examples where we have helped companies bring their manufacturing back from China and other countries. Businesses like the fact we run a high quality commercial operation and are able to help them avoid having working capital tied up, long production lead times and extensive travelling.

“We have always made it clear that we are creating a long-term sustainable business which happens to be a social enterprise offering a range of social benefits.”

Judges of the GREAT Faces of British Business Awards described ELE’s technology as “a breakthrough idea that will transform the world’s sustainability and for having the potential to transform the quality of life for people in developing countries and remote regions of the world.”

ELE has also won a £5,000 Innovation Voucher from Innovate UK (formerly the Technology Strategy Board) which will be used towards the work being undertaken by Ability Tec. 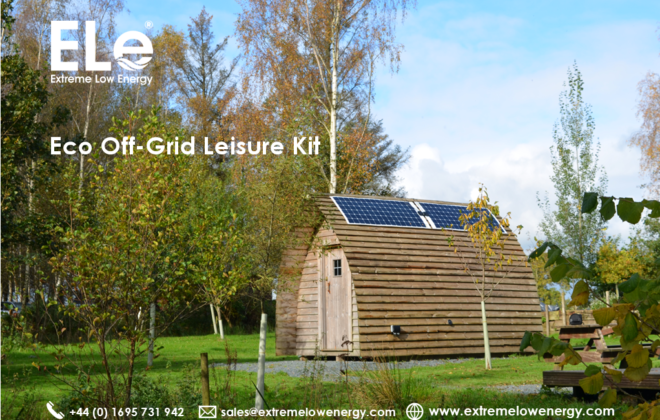